6 reasons why women should lift weights

Read one of my most popular articles for the Independent.

Any woman who works out with weights will likely wax lyrical about it.

Weight-lifting brings tangible results and is hugely satisfying. It’s becoming increasingly popular amongst women, but many still fear they’ll soon resemble body-builders, rather than create the lean physique they desire.

Gradually, general consensus is shifting though, with more and more women trying resistance training – be that with weights or just their own bodies – and never looking back. 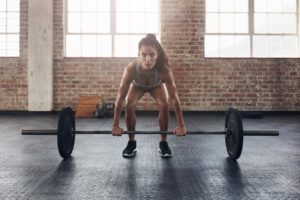 One female personal trainer even told The Independent she can eat eight times as much as she used to when doing purely cardio.

But if that’s not incentive enough, we spoke to personal trainer Tom Mans to find out exactly why lifting weights is such a good idea for women.

JOIN ME ON SOCIAL

and keep up to date with my RHFit workouts, fitness tips and my own powerlifting training .